1st Birthday: What a lifestyle & documentary shoot likes like

So what makes me different that those other photographers you see?

You may see “Lifestyle and Documentary” photographer and wonder what that really means…while I do some “portraits” here and there, most of what I try to capture is life. I want the natural smiles, the interaction between people, and the details of what makes life at that instant so special.

I think often when people think about their children’s first birthdays, they think it’s all about portraits. This past weekend we had my youngest’s first birthday, and I really didn’t do anything terribly out of the ordinary than when I document him each month. I like to get his picture on his green chair so I can see the difference from month to month. I like to get a shot of him with his siblings. And I just like to get  a few pics of what life is like at almost one. (For his actual first birthday, I’ll be doing an entire Day in the Life session for him.)

It was his birthday, so of course I made a cake. My grandma was an amazing cake decorator, so I’ve tried to channel her work, and the cakes are really the only thing I go crazy for with birthdays. I want them to be homemade and be as special and unique each year as mine was. I want the cake to be something my kids remember each year, and while I am not the world’s best decorator, I’ve taken a few classes and enjoy getting to be artsy with them.

Each of my children have had a Sesame Street themed first birthday, and since we didn’t have as many people coming to his party, I just made Elmo cupcakes and made the birthday boy a cookie monster smash cake since that seems to be his favorite. We didn’t do anything extravagant.

We put him in his high chair with just a diaper on to make clean up go faster. He got a “1” on it. He’s a little bit of a pyro, so of course he was thrilled to have a candle and wanted to touch it. Big sis blew it out and our good friend and his daddy made sure he didn’t burn himself.

After singing, we just watch him go and let him try to figure out what to do. And I just sat there capturing the details. He’s number three, so he’s had a bit of a cookie here and there, but overall, his sugar intake has been limited to fruit. And he’s never really painted or anything like that yet, so he was a bit timid to start. We gave him a spoon so he had something to play with, and we just watched everything unfold.

Pure documentary, here…people cheered him on, so I got real genuine smiles. He had a bit of a food coma toward the end. He definitely loved being the center of attention, and we enjoyed watching him make faces as he experimented with eating cake while painting his body blue. Every time I thought he was done, he’d grab another handful of cake and throw it in his mouth. His hand was covered in cake. I really thought he was going to fall asleep in it as he obviously started to crash, but it never happened. He showed off his “so big” moves and managed to get it in his hair.

Our dog even got in the action and helped lick part of his hand clean. (Gross, but totally great for pictures!) The end result was he looked like he ate a smurf and was covered in blue. It was fun and gorgeous.

His daddy was the brave one to pull him out for a bath since I wanted to stay behind the camera. His bath water was so blue we had to de-blue him and then empty the tub and fill it again to give him a real bath. He had a great nap post lunch and cake, and I had a blast trying to capture it all. Trying to narrow down pics to feature was definitely the hardest part!

If you want to book a lifestyle and documentary session like this, please let me know! Fill out my contact form here, and get that date on the calendar! I’m happy to come to your actual party and document the entire experience for you so you can be part of the memories, too!

Watch here to see all of the highlights!

WEDDING & PORTRAIT PHOTOGRAPHY FOR PEOPLE WHO BELIEVE LOVE TRUMPS ALL 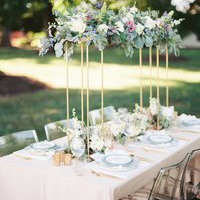 the best florists in
Martha’s Vineyard

Why You Should Consider Doing A First Look


Notice: Trying to access array offset on value of type null in /home/kz3r38ry8bj7/public_html/wp-content/plugins/elementor-pro/modules/nav-menu/widgets/nav-menu.php on line 1445

Notice: Trying to access array offset on value of type null in /home/kz3r38ry8bj7/public_html/wp-content/plugins/elementor-pro/modules/nav-menu/widgets/nav-menu.php on line 1458

Notice: Trying to access array offset on value of type null in /home/kz3r38ry8bj7/public_html/wp-content/plugins/elementor-pro/modules/nav-menu/widgets/nav-menu.php on line 1469

Notice: Trying to access array offset on value of type null in /home/kz3r38ry8bj7/public_html/wp-content/plugins/elementor-pro/modules/nav-menu/widgets/nav-menu.php on line 1482
Menu
« Previous Page
Next Page »